AGRUSA is a company dedicated to the selection, production and commercialization of seeds.

With more than 60 years of experience, our goal is to select the best varieties of seeds, which offer to our customers excellent production and are appropriate to their environment conditions. 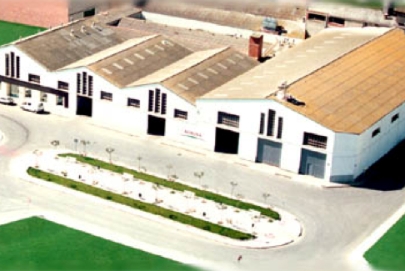 The agriculture and its context are constantly evolving. The farmer must adapt to new challenges as well as satisfy new requirements. AGRUSA wants to be their partner in this process, as we have been doing for more than 60 years, by selecting, producing and marketing the varieties that best suit to their farm for being more productive, more resistance to diseases, more hardy and more adjusted to the industrial process. 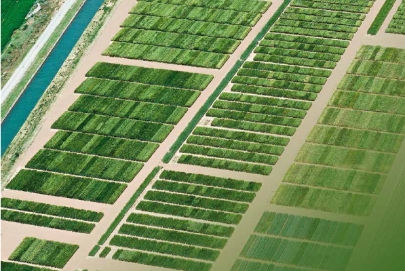 We renew our portfolio every season, always looking for new varieties that improve the current ones. AGRUSA want to contribute to create an agriculture more sustainable, more productive and with better quality.

A HISTORY WITH A LOT OF LIFE

From the research and development program he was leading, geneticist Josep Pané obtained the soft wheat variety PANE-247, a variety that stands out for its hardiness and productivity, superior to the varieties of the time.

At the end of the 1940s, several cereal farmers from Lleida joined forces to improve their seeds supply, in order to increase their yields and harvest quality. They started with a small processing plant that was enough for their local trade, since they began to multiply PANE-247. There was request of this variety from farthest areas, and with the main goal of commercialize the wheat variety PANE-247 in 1954 was founded in Mollerussa the company AGRICULTORES UNIDOS, S.A., better known as AGRUSA.

PANE-247 became one of the most sown wheat varieties in the main cereal areas of Spain. At the same time and within AGRUSA’s own breeding program began the development of other varieties in several crops, as wheat, barley, alfalfa, even vegetable and fruit trees.

AGRUSA’s portfolio mainly formed by varieties of its own breeding program started to include some of other breeders. Some of the outstanding varieties of this period were PANE-14 and ESTRELLA as wheats, PANE-1 and HATIF DE GRIGNON as barleys and PANE-1 as oat.

AGRUSA is consolidated as one of the main seed multipliers in Spain. The reference varieties in this decade are the wheats CAPITOL and ANZA, the barleys BARBARROSA and PALLAS and the oat ROJA DE ALGERIA.

The facilities are expanded with another processing plant also located in Mollerussa.

In the 90’s durum wheat and triticale were introduced in the AGRUSA’s catalogue, highlighting BORLY and TRUJILLO respectively. SOISSONS is also from this period, a soft wheat that became a reference for its yields and quality.

In the 2000s was promoted the establishment of its own trial fields in several areas and environments, as dry land, fresh land and irrigated land, in order to get a better evaluation of the possible new varieties.

GARCIA stand out as soft wheat. The introduction of the 2 rows malting barleys highlighted with KLAXON.

PEWTER is the reference malting barley, being several years the most sown variety in Spain. The same succeeds with ARTUR NICK, a spring soft wheat. Other varieties that stand out are RIMBAUD as soft wheat, COMETA as winter barley, ENDURO as winter pea, MYTHIC as spring pea and CHIMENE as oat.

AGRUSA continues focussed on the seeds quality, being one of the first enterprises in Spain to include a colour sorter machine in their seeds processing plant.

AGRUSA still expand its catalogue as in species as in varieties, to remain a benchmark in extensive crop seeds. The current outstanding varieties are NEMO as soft wheat, MALTESSE as winter barley, LAUREATE and FOCUS as spring barleys, RAMDAM as triticale and FRESNEL as winter pea.

As part of its growth process, have been purchased a new facilities with more than 10000 m2 of warehouses located in Vila-sana, 4 km from Mollerussa.

At AGRUSA we use our own and third-party cookies for analytical and advertising purposes. You can accept all cookies, reject them or configure your preferences by clicking here, where you can also obtain more information.

Reject
all Accept
all